Back in time, when paper was yet not used for writing, people used the parchment that was made of lamb, calf or  goat skin. It was expensive, and therefore,  often re-used by scraping off the previous writing. 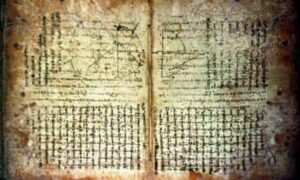 Palimpsest is a page from a book where the text has
been scraped or washed off, so that the page can be reused.

The history of Tartu, in a way, reminds of a palimpsest. Layers of different times, but also of different groups who lived in the same time but spoke different languages or belonged to different social classes. Most of these layers can not be seen easily: Tartu has burnt down and has been bombed in pieces so many times, that history is not easy to see. The deeper layers are hidden, and only opens to those who seeks this knowledge.

Our first session focuses on uncovering these layers to show you how Tartu came into being.

We know from the history, that back in these times when people still made temporary settlements rather than building up villages and towns, riverside was a typical choise of setting up a home.

Also in Tartu area, the river made a good spot for settlements, and we know that Tartu was inhabited already in Stone Age: the settlements found in Ihaste area are dated approx 10 000 years old. 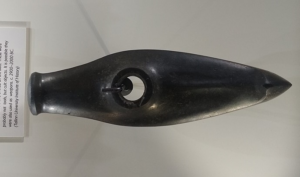 Karlova-type stone axes  were probably not tools but cult objects, and possible also used as weapons.

The Metal Age
When people started building permanent settlements, the mix of a hill and the riverside was a good choice, since being located on a hill made it easier to protect the settlement. Iron Age marks the beginning of continuous settlement in Tartu. The center of the area became a fortress on Toomemägi (close to today´s Observatory), the settlement was created around it. 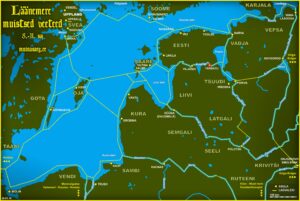 Tartu was first mentioned in the year 1030, when the troops of Yaroslav the Wise from Kyivan Rus’ (Kyivan Russia) captured the city to govern it for some decades. These written sources make Tartu the oldest city in the Baltic States.  In the period from 11th to 13th centrury, Tartu changed  hands quite a number of times, and from 13th century remained under German rule. 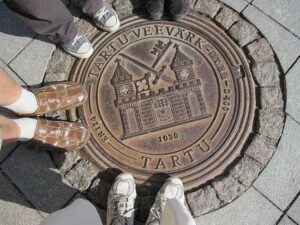 You have probably seen this reference to the year 1030 in the city center, haven´t you?

Tartu develops further as a medieval trading center. Toomemägi (the hill behind the main square) with it´s fortress is the place where the church and the governors are situated. Tartu is governed by bishop of Riga and local people are quite second class, so regular people do not have much reason to go up there. We do not know exactly, but most likely they were living in huts somewhere next to the city wall. We can guess, that in this period Tartu had people of many language groups – German, Russian, Latvian, Livonian, probably also Danish, Lithuanian and Polish; the linguistic diversity was quite big. You can see on the map, where was the city wall that surrounded Tartu in medieval times. 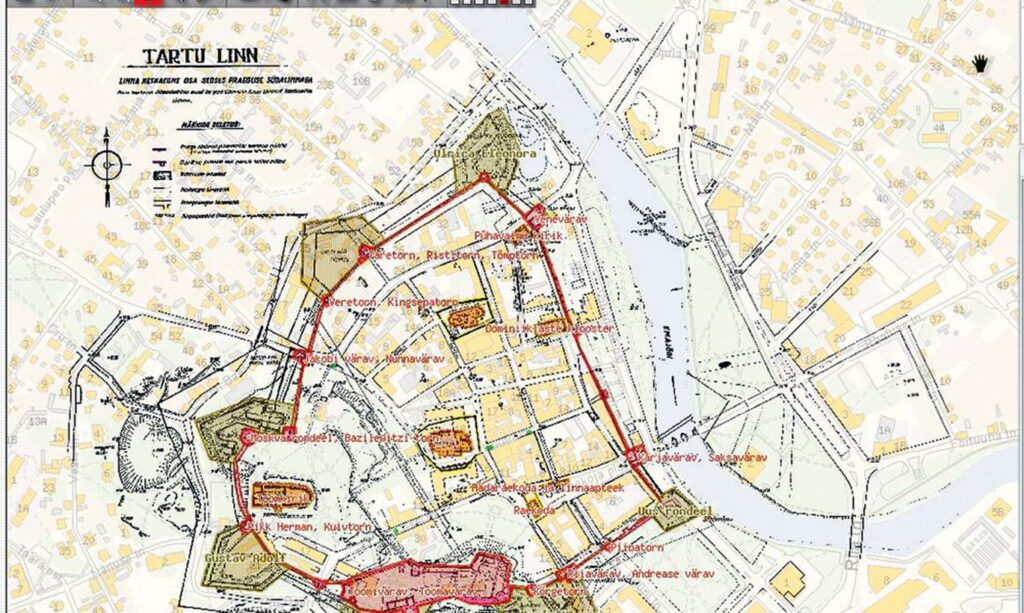 Actually, Tartu was not Estonia at time time; it was Livonia and governed from Riga. 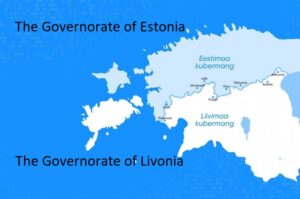 Under the rule of Poland-Lithuania

This period lays a foundation for Tartu being a city of education: in 1583, Jesuit Grammar School opens in Tartu. The rule of Poland-Lithuania ends with the Livonian war, which is won by Sweden.

Under the rule of Sweden

The period of Swedish rule gives Tartu what it is known for until today: the university. 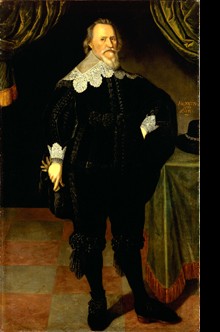 Johan Skytte, Swedish statesman and governor-general of Livonia, 1577-1645, was the man behind the initative. If you came to Tartu for political studies, you will recognize his name: you study at Skytte institute.

Gustav II Adolf , King of Sweden, shortly before his death in the battle, signed the document establishing Academia Gustaviana, which now is University of Tartu. At that time, the studies were in Latin, and, of course, for nobility only. 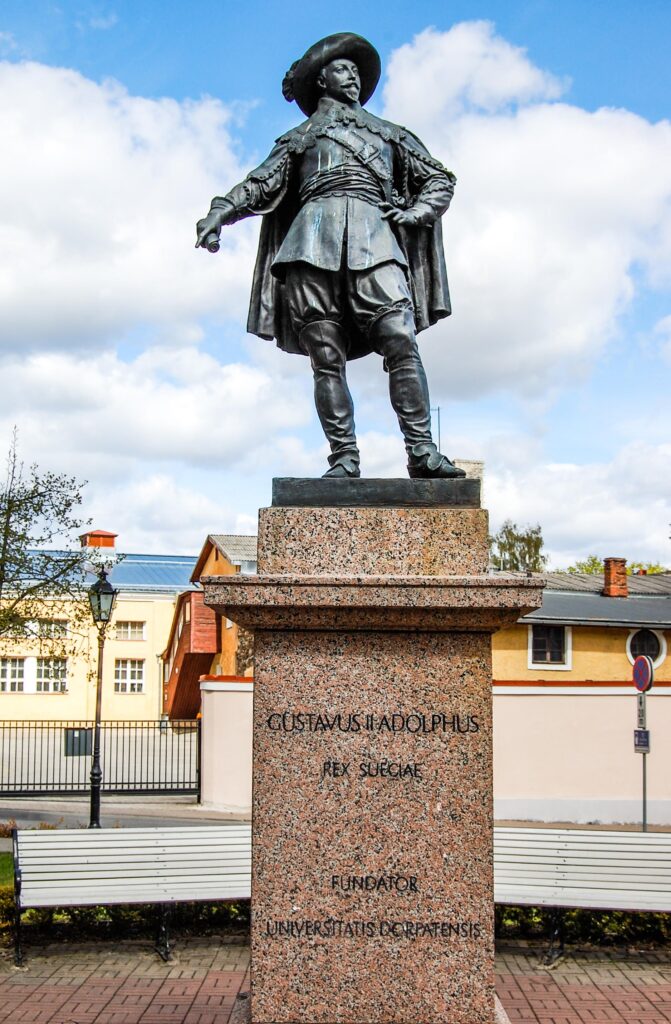 You have maybe seen king´s statue behind the main building of Tartu University.

After the Great Northern War, Tartu switched hands again, and from 18th century it became part of Russian Empire.  The 18th century was marked by recovering from the war, fighting the diseases and rebuilding the city began. 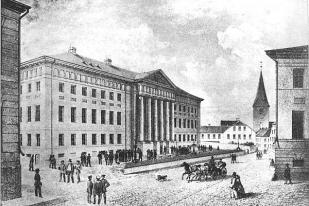 At the start of the 19th century, the University of Tartu was reopened. Tartu became an important intellectual centre of the Russian Empire, and later evolved into the centre of intellectual and social life in all of Estonia which had a big impact on shaping Estonian identity and becoming independent state in 1918.

In the years following the Second World War, Estonia was part of the Soviet Union. During this time, the city was closed to visitors from non-socialist couuntries due to various secret industrial enterprises and the airfield for strategic bombers that was located in Raadi, where now the Estonian National Museum is.

While from one side, Tartu became closed city, from the other side, many people came to Tartu from other Soviet Union republics. However, the groups were somewhat segregated, especially the military-related migration was concetrated in their own area and they kept for itself. In this period, the part of the city known as Annelinn was built. It was mixed neighborhood, where by 80ies around half of the population spoke Russian, and half of the population spoke Estonian. 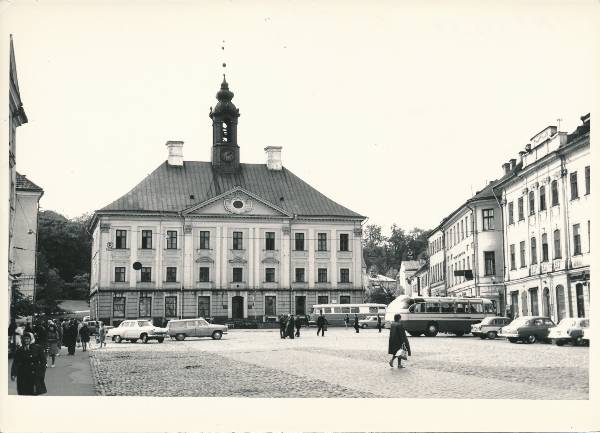 1990ies brought the collapse of the Soviet Union and re-indepence of Estonia. Since late 90ies Tartu adopted the nick-name of City of Good Thoughts in an attempt to rebrand itself. The period has been marked by re-internaitonlaization, opening it´s universities for foreigners, and getting through different transtions – from chaos and the cowboy-capitalism of mid-90ies to the realization that the image of a environmentally friendly “green city” might be a better way to continue in 21st century.

While Tartu has a number of foreigners moving to the city each year, it is, actually less diverse than it was in 19930ies, and also still struggeles with accomodating and making peace with the recent history of Soviet occupation. However, while different linguistic groups have been rather segregated in past decades, the segregation is slowly decreasing and we are looking forward to the future to Tartu to fully realize it´s full potential as multicultural city. 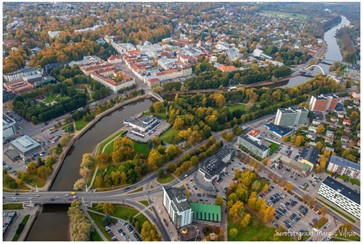