Estonian Culture Course: How Was It? The experience of the very first ones

Integration aims to ease the entry of immigrants into Estonia, offer equal opportunities and ensure well-being regardless of nationality or mother tongue. The Estonian Culture Course does just that. Organised by the Estonian National Museum and International House Tartu, the course characterises the term integration by extending a friendly and safe space for different ethnic and social groups to communicate and learn.

The course consists of five visits to the museum with each one focusing on a different aspect of Estonian culture: the history, education and religion of Estonian people; the Estonian language and learning experiences; Estonian nature, weather and traditions; Estonian food, art and symbolism; Estonian music and literature. This cultural feast continues beyond the museum with a number of excursions in and around Tartu. Some of the trips offered included a hike in nature at Järvselja, a visit to the Botanical Garden, a street-art tour of Karlova, and Estonian film evenings. 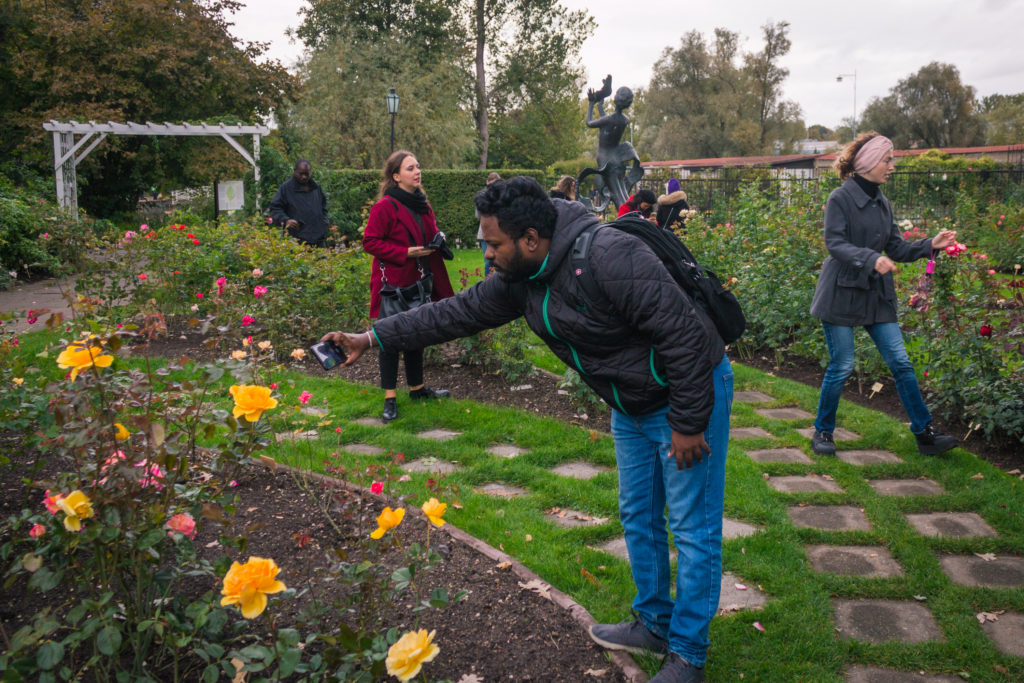 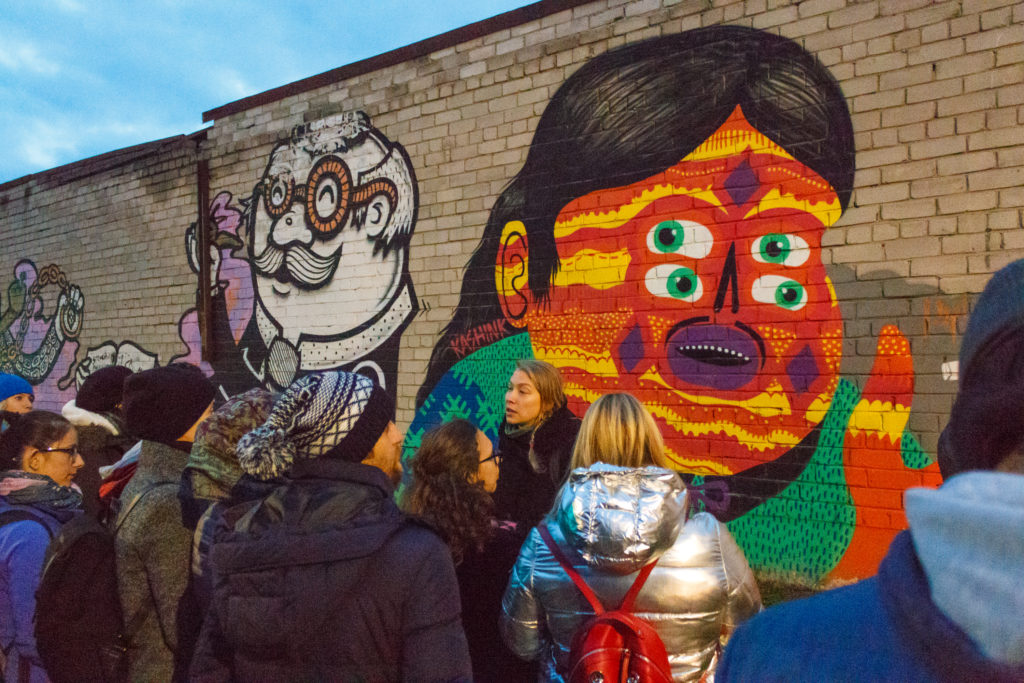 When I heard about the course, I’d been living in Tartu for a little over six months and my partner’s mother thought it was the perfect opportunity for me. However, I was sceptical at first – a course, for free, at the museum, for free? I made as many excuses as I could to avoid going: it’s a long walk, I’m too nervous, I won’t know anyone, but these eventually became reasons for me to go.

On the first day, the course leaders understandably appeared as nervous as the rest of us – it was their first day too. Apart from the occasional request to sign in, we sat mostly in silence waiting for the circle of chairs to fill up, eyeballing each new person who entered the room, low-key trying to figure out their nationality. One by one we introduced ourselves with the help of a world map and some little red stickers. I almost had a panic attack waiting for my turn to speak; I couldn’t remember the last time I’d stood in front of a group of strangers. Of course, when the time came, I spoke to the room and even managed a joke.

Listening to the others, I discovered that people of varying nationalities had amassed in this small room in Tartu. People had come from all across Europe and Asia, from Africa and South America. It was surreal to think that we had all ended up here, seemingly from everywhere. Each time the group discussed a new cultural topic, we not only learned about Estonia, but unearthed stories from more than 20 perspectives of the world. We were encouraged to share our experience and express our concerns of Estonia so far, along with those of our home countries. Naturally, the most popular concern was the impending cold season. Those worried were gratefully advised to befriend vitamin D. 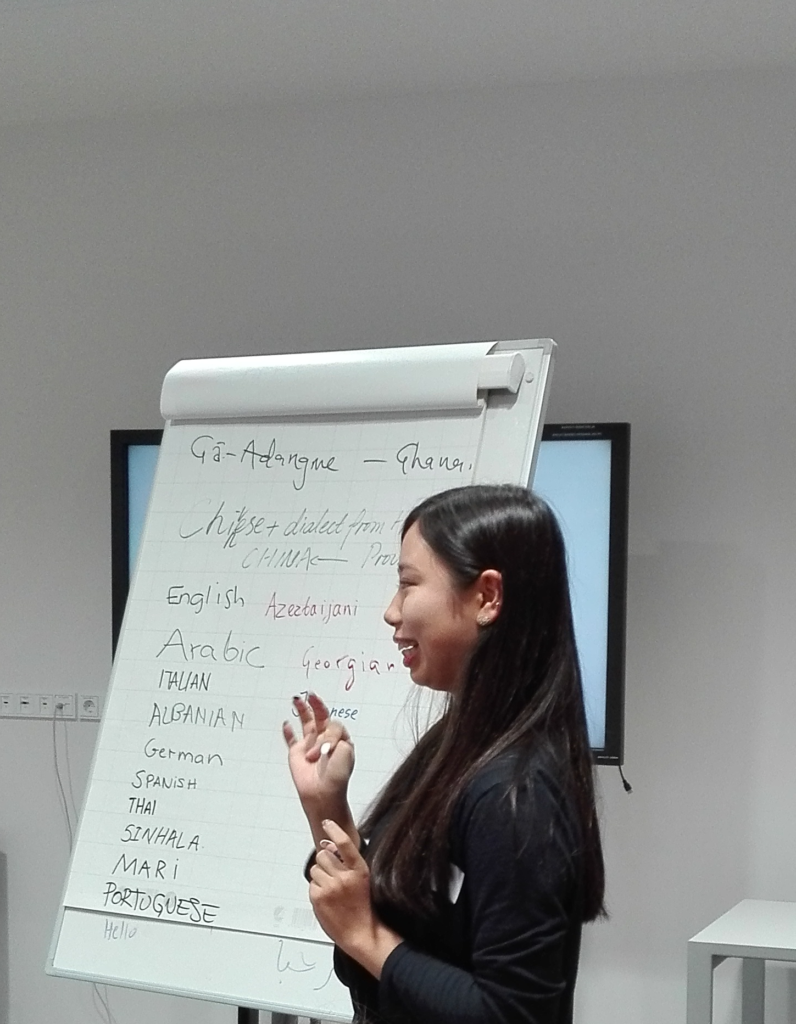 Many enjoyable moments were had throughout the course; I particularly enjoyed being serenaded by the museum staff with Estonian folk songs, observing a passionate discussion about the reality of day to day life vs. added drama in books about soviet times, and hearing each member of the group mimic a dog in their own language. Whatever topic we talked through, the opinions that followed were rich. The well-thought-out structure of the course sessions allowed all of this to happen. The main room, in which we spent most of our time, became a comfortable learning space where everyone could be heard.

There was an introduction to the topic of the day and often a presentation by the staff, followed by time well-spent in the exhibitions, and guided group discussions back in the room. The museum itself is architecturally exquisite, the exhibitions impressive and informative. We were fortunate enough to have a guide who led us from modern day Estonia to the Stone Age with a satisfying amount of detail. All the museum staff, all those involved in the course, were knowledgeable and confident in their subjects, which made them interesting and pleasing to listen to.

Outside the museum, on the nature hike, the balance between professionalism and fun was well-maintained once again. I learned many new facts about trees and plants, how they grow, how they die, and was able to share some of my own limited knowledge about mushrooms. Despite the unfortunate wet, grey weather that day, I’m sure I speak for everyone when I say it was a great walk. 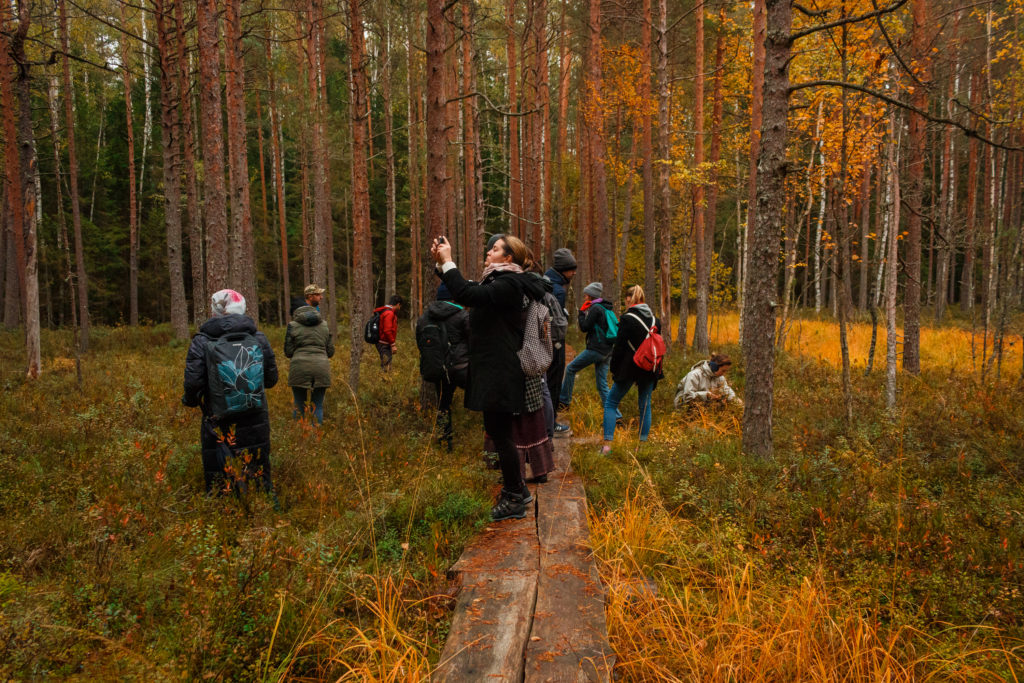 What stuck out for me the most was how much my view had changed since I initially disregarded the course as something I wouldn’t enjoy; I started to look forward to each visit. The long walk was enjoyable, the nervousness morphed into anticipation, and I was eager to talk to new people, however anxious I still was. Each week I watched myself, and the others, participate more. Towards the end of the course we spoke openly and freely, without barrier or border.

If you’re timid or nervous, if you’re new to Estonia or simply curious, I wholeheartedly recommend the Estonian Culture Course. You will have a wonderful time, learn so much about this beautiful country you’ll be sure you can’t possibly contain it all, and meet some lovely people who will (hopefully) stay with you throughout your time in Tartu. This course will shape your Estonian experience.

The course is funded by the Integration Foundation  through the European Social Fund.